I just found this in all of the documents I got & it didn’t even occur to me that John Pennington Jr our former DEM had been convicted of Domestic Violence in 2007 yet the Snohomish County Sheriff thought it would be a good golly gee swell idea to give him a gun permit.

It says the license expires in 2010, so that means it was issued in 2005 well before the DV but then he loses it & has to get a replacement. Lovick just hands it over to him, no questions asked, no background check, not a peep.

RCW 9.41.070 Concealed pistol license
(1) The chief of police of a municipality or the sheriff of a county shall within thirty days after the filing of an application of any person, issue a license to such person to carry a pistol concealed on his or her person within this state for five years from date of issue, for the purposes of protection or while engaged in business, sport, or while traveling. The applicant’s constitutional right to bear arms shall not be denied, unless:
(a) He or she is ineligible to possess a firearm under the provisions of RCW 9.41.040 or 9.41.045, or is prohibited from possessing a firearm under federal law;
(b) The applicant’s concealed pistol license is in a revoked status;
(d) He or she is subject to a court order or injunction regarding firearms
(g) He or she has been ordered to forfeit a firearm under RCW 9.41.098(1)(e) within one year before filing an application to carry a pistol concealed on his or her person.
(2)(a) The issuing authority shall conduct a check through the national instant criminal background check system, the Washington state patrol electronic database, the department of social and health services electronic database, and with other agencies or resources as appropriate, to determine whether the applicant is ineligible under RCW 9.41.040 or 9.41.045 to possess a firearm, or is prohibited from possessing a firearm under federal law, and therefore ineligible for a concealed pistol license.
(b) The issuing authority shall deny a permit to anyone who is found to be prohibited from possessing a firearm under federal or state law.
(c) This subsection applies whether the applicant is applying for a new concealed pistol license or to renew a concealed pistol license.
(4) The license application shall bear the full name, residential address, telephone number at the option of the applicant, date and place of birth, race, gender, description, a complete set of fingerprints, and signature of the licensee, and the licensee’s driver’s license number or state identification card number if used for identification in applying for the license. A signed application for a concealed pistol license shall constitute a waiver of confidentiality and written request that the department of social and health services, mental health institutions, and other health care facilities release information relevant to the applicant’s eligibility for a concealed pistol license to an inquiring court or law enforcement agency.
(11) A political subdivision of the state shall not modify the requirements of this section or chapter, nor may a political subdivision ask the applicant to voluntarily submit any information not required by this section.
(12) A person who knowingly makes a false statement regarding citizenship or identity on an application for a concealed pistol license is guilty of false swearing under RCW 9A.72.040. In addition to any other penalty provided for by law, the concealed pistol license of a person who knowingly makes a false statement shall be revoked, and the person shall be permanently ineligible for a concealed pistol license.
RCW 9.41.040 Unlawful possession of firearms
(b) Unlawful possession of a firearm in the first degree is a class B felony punishable according to chapter 9A.20 RCW.
(i) After having previously been convicted or found not guilty by reason of insanity in this state or elsewhere of any felony not specifically listed as prohibiting firearm possession under subsection (1) of this section, or any of the following crimes when committed by one family or household member against another, committed on or after July 1, 1993: Assault in the fourth degree, coercion, stalking, reckless endangerment, criminal trespass in the first degree, or violation of the provisions of a protection order or no-contact order restraining the person or excluding the person from a residence
(8) For purposes of this section, “intimate partner” includes: A spouse, a domestic partner, a former spouse, a former domestic partner, a person with whom the restrained person has a child in common, or a person with whom the restrained person has cohabitated or is cohabitating as part of a dating relationship.

We KNOW that Pennington was convicted in 2007 of DV & harassment. At which time his concealed weapons & right to own a gun would’ve been revoked. Still think Lovick is the right guy for the job???? He can’t even run a simple background check that is required by law. Nevermind about all the people who have died at the Snohomish County Jail under his watch. So how many other felons & abusers are walking around with guns?

Maybe someone should send Lovick INSTRUCTIONS on what is required by law (DOH!) 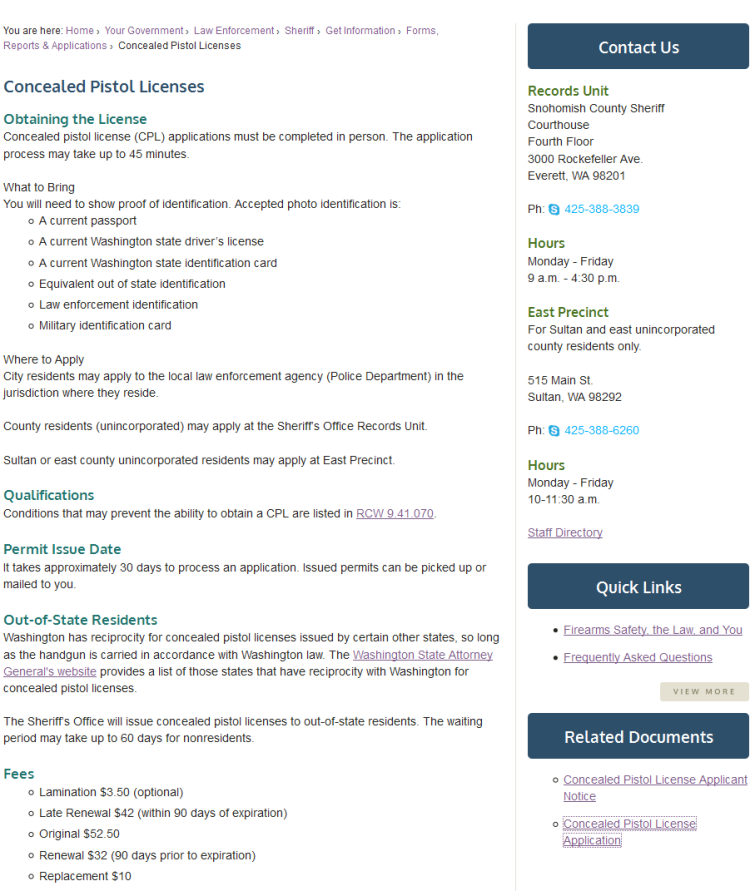 I am an animals rescuer, a mother, a grandmother, a minister, & a human being who is tired of all the corruption going on in our state.
View all posts by Brandia »
« Who “owns” the Sky Valley Chronicle ~ Time to investigate the SnoCo D.E.M.
So what’s my problem with Pennington, or even Lovick? »