Did you ever just feel like flushing 95,000 dollars down the toilet? Well you did!

Keep voting stupid & stupid is what you get…

Cause this guy told him to…

You might recognize him because you keep voting him back in if you are from the Snohomish County area! Mr Mark Roe

While the guy on the left was the Sheriff: John Lovick about 23 people died in the jail… about 12 of them made the news but the others didn’t even get an honorable mention. So now the guy on the right is the new fall guy Ty Trenary, oh but don’t cry for Trenary too much remember it was he & Lovick who couldn’t do anything about a woman getting killed

He was one of those big bad criminal types.. You know the kind that smokes weed & everything.

Meanwhile Mark Roe is also trying to make points with the big guns with his old buddy old pal Jenny Durkan who just stepped down today as US District Attorney, let’s hope to God she is not heading for greener pastures in Snohomish County

Meanwhile Lovick is yucking it up with his buddies getting as many photo ops as he can along with our dipstick of a tiny little Everett Mayor, being sworn in by one of the council members who voted yes to builders in Oso (but that’s another lawsuit) 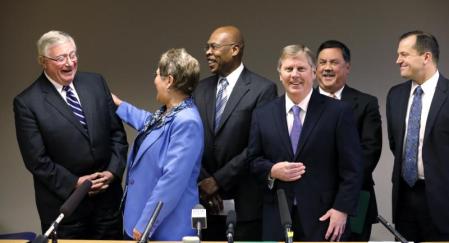 (Notice Murray & Cantwell are right on scene ~ there’s no money to be made off the Indians here women so go away! )

Oh but the county has insurance right? Yes they do but no insurance company is going to let themselves be put on the hook for willful malice & misconduct by an elected official, so you & I are going to have to pay for this one, the taxpayers. I guess it’s kind of like a fine for picking people like this to run our government.

Jim Kenny PLEASE come back to us… you were the only hope we have, & you have until October 17th to file as a write-in candidate! 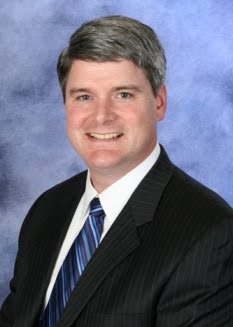 Remember that the trial is still coming & that will cost us MILLIONS of dollars, but these wankers don’t care, they have unlimited access to our checkbooks & they are NOT afraid to use it.

I am an animals rescuer, a mother, a grandmother, a minister, & a human being who is tired of all the corruption going on in our state.
View all posts by Brandia »
« Preston Ellis Gates ~ Abramoff ~ Jenny Durkan & Washington State Leaders
Fifty Eight Minutes: Mr. Lanre Amu’s video story validating all we say is happening in corrupt WA »

One thought on “Did you ever just feel like flushing 95,000 dollars down the toilet? Well you did!”