I am not sure what is wrong with Washington State voters

Maybe they all have some version of the Stockholm Syndrome maybe they are really just that stupid. Yes I realize calling people from my state stupid might be counter-productive but it is what it is. The PROOF is in the ballot.

For those of you who didn’t vote because you didn’t think it made a difference you now have NO right to bitch about anything that happens to our country, period.

There is so much hoo ha about mainstream media only spoonfeeding the general public what they are told to report. BULLSHIT, I have watched the “mainstream local media” provide all the dirt, do years of investigative journalism, WARN people about these candidates over & over & over again yet the same people still get voted in!

Unfortunately with most “reporters” their job stops AT the story, not for me or my group. This bonanza of stupid votes just starts a whole new bundle of work for us. The ONLY bright spot here is that these same people we have been investigating will still be public officials so we have a chance to nail them & even more of a chance to get even more dirt on them.

As for the voters: in the words of Ronald Reagan…. 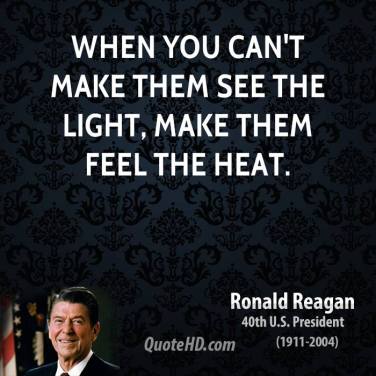 So here is my short list of people I still have 2 to 4 years to investigate. There are more but for now we have more time to nail their butts & we can be totally sure that they will continue breaking the law & being corrupt so there is no rush.

I am an animals rescuer, a mother, a grandmother, a minister, & a human being who is tired of all the corruption going on in our state.
View all posts by Brandia »
« Supreme Court Justice, Mary Yu, opposes free speech on social issues!
Snohomish County’s former Director of Emergency John E. Pennington EXPOSED! »